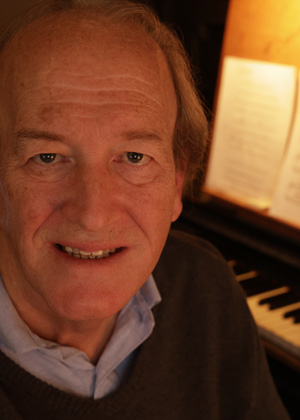 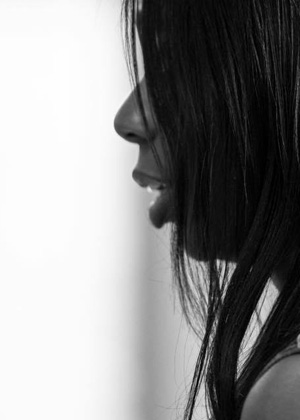 The voice of God that spoke and struck
Was the cuckoo in the clock.
The exiles in the garden heard
The engine tremble in the bird,
Sobbing throat and iron bill:
Time on his springy wheel stood still.

Time began and time runs down.
The voices in the garden drown.
No God from his machine unhands
The exile with a mouth of sand.
The clockwork cuckoo on the hill,
Abrupt and wheeling, stoops to kill.

I, Having Built a House

I, having built a house, reject
The feud of eye and intellect,
And find in my experience proof,
One pleasure runs from root to roof,
One thrust along a streamline arches
The sudden star, the budding larches.

The force that makes the winter grow
Its feathered hexagons of snow
And drives the bee to match at home,
Their calculated honeycomb,
Is abacus and rose combined.
An icy sweetness fills my mind,

A sense that under thing and wing,
Lies, taut yet living, coiled, the spring.

Jupiter and Saturn played
The age was broken and re-made.
A rocket rose from Bethlehem.
Christ marched with the Orangemen;
Till, diving the exploding light
Struck today and charred it white.

The rocket roars and plunges out.
Saturn and Jupiter turn about.
No child again shall put to shame
The gunsights trained on Bethlehem;
While ice-cap omen, march to birth
The orbit of the screaming earth.

Faster than light and cold as absolute,
The edge of darkness races in pursuit
Of this expanding leaf, this Christmas tree
Of veins in which I hold the galaxy.
It is my hand, from which there streams and rips
The cosmic shift, red to the fingertips,
And what the flying shadow hunts is me.

Some astral bang, some primum mobile
Rocketed both of us, the headlong Bear
And me, into the incandescent air.
The motion that we share entails it all:
The virgin birth, the carol tune, the tall
Luminous star that prophesies—although
Its only secret is that children grow.

Faster than night and cold as Helium II,
The edge of shadow races to undo
The secret of creation, the abrupt
Choice of a womb or atom to erupt,
And what the flying darkness hunts is you.

The world premiere performance of The Abacus And The Rose will take place during a concert by Singers Companye on December 13, 2019 at Church Of The Western Reserve in Pepper Pike. 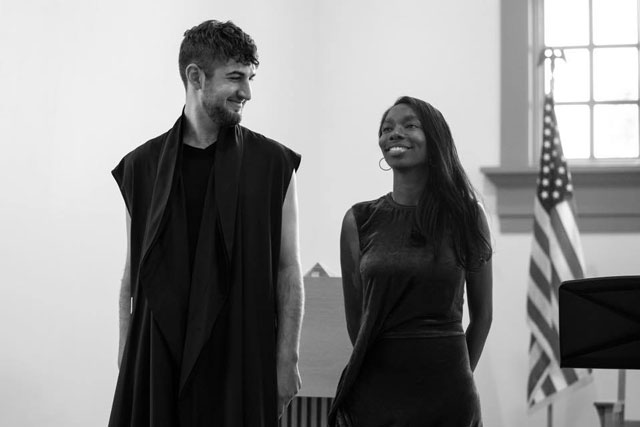 On Friday, December 13th, at The Church Of The Western Reserve in Pepper Pike, I will be honored with one of the most exciting events of my musical career—a premiere live performance of four classical songs I wrote years ago on poems of Jacob Bronowski. Some of you may remember Bronowski from his television series, The Ascent Of Man, produced by the BBC and broadcast soon afterward in The United States on public television. I was immediately struck by the brilliance of Bronwski’s mind and his wide-ranging intellectual introduction to the history of science and its close connection to the arts. It was not long after I had viewed the television series that I began acquiring and reading every book that he had written. It was in these books that I first discovered that in addition to being a scientist he was also a poet.

This summer I began working with two of the most extraordinarily talented classical musicians I have ever known—soprano Merissa Coleman and pianist Alexandre Marr—to produce recordings of these songs which are being presented here for the first time. Although the songs were written decades ago they were never performed or recorded back then and the manuscripts have been stored away in a box all of these years until I pulled them out recently with the simple goal of somehow arranging to hear a private performance. The dedication by Merissa and Alexandre to quality and expression far surpassed my expectations. So much so that I literally had tears in my eyes when I first heard the songs performed at their initial rehearsal with me present.

Merissa and Alexandre are both members of the local choral group Singers Companye, directed by Dr. Samuel Gordon, who will be the main attraction of the concert on December 13th. I am very grateful to Dr. Gordon who, after hearing the recordings, made the offer of placing the world premiere live performance of the songs on the upcoming Singers Companye concert.

A video of Alexandre and Merissa performing Kari Jobe's What Love Is This at a 2020 Good Friday virtual service for The Church Of The Western Reserve.